A standard game viewing moment on the Serengeti Plains took a dramatic turn when safari guests witnessed a pride of lions attacking a subadult male lion. It appears the young male lion had wandered far from its own territory and accidentally to a kopje (granite outcropping) that was inhabited by a neighboring lion pride. Lions are not tolerant of other lions from different prides and can be especially aggressive towards unknown male lions. Our guests have captured a rare look into the dark side of lion pride behavior.

This video was filmed in the Serengeti on January 2018 near Seronera Sametu Camp by Lesley Young and Lon Hall. Thank you for sharing! 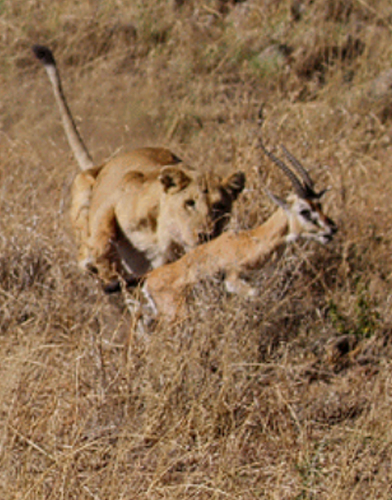