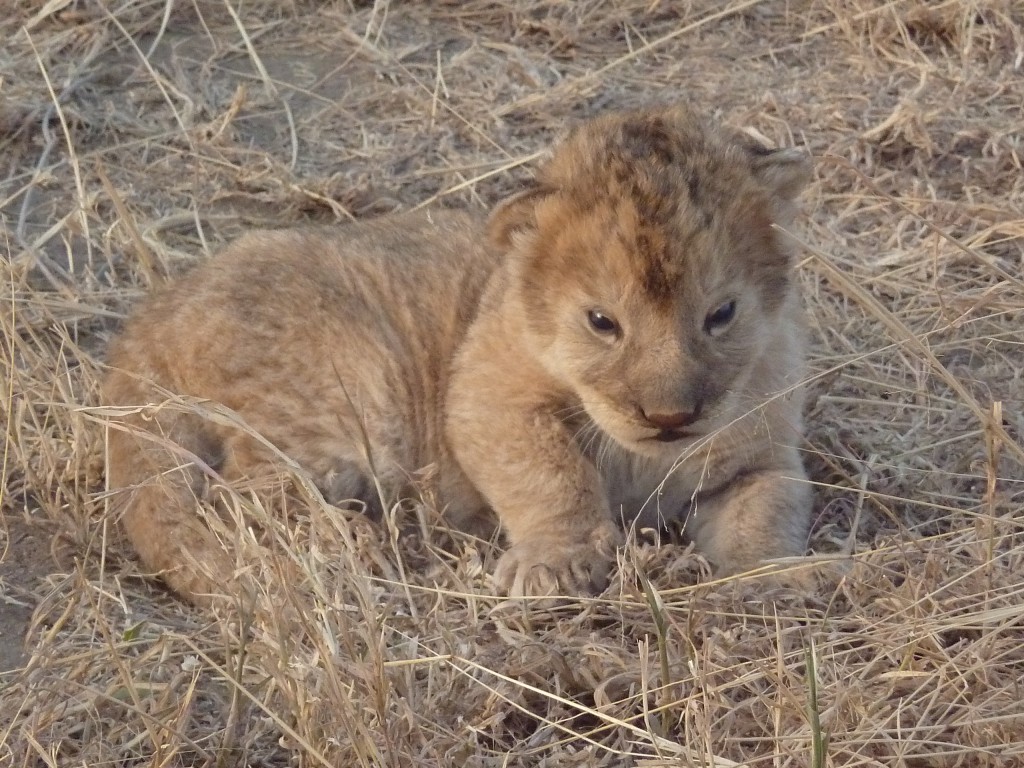 Hello I am Claude, one of the Africa Dream Safari guides, and have just got back from a safari. We started in the Northern Serengeti (Kogatende Airstrip) where I met and picked up my guests including Bill and Jane (grandparents) along with their two granddaughters named Haley and Morgan. It was great to be on safari with this family and it was nice to see the whole family participating in such an adventure together.

The trip started off with a bang so to speak as just on our first day we spotted three cheetah brothers on the Lamai plains, a pride of lions and dozens of hippos and giraffes. To top things off, there were huge herds of the wildebeest migration around Nyamalumbwa. What a way to begin a safari!

Afterwards,  we went to Buffalo Luxury Camp where we had chance to visit the local people who are the Maasai tribe. We also did a night game drive which was a different experience for the guests. Since Buffalo Camp is in a game concession, we can can conduct night game drives which are prohibited inside the Serengeti National Park.

Our next place was Mbalageti Tented Camp in the Western Serengeti where we had one night and then moved on to Seronera Sametu Camp in the Central Serengeti. Here the camp was nice plus the wildlife viewing was exceptional and close by. We had three good sightings of leopards, saw lions in a tree and also lions hunting and killing right in front of us, about ten feet away. We could watched them feed for some time. The following day we departed the Serengeti and drove to Ngorongoro to visit the famous Crater for one night and then we finished in Tarangire National Park at Tarangire Tree Tops Camp. It was a very nice itinerary. The elephant sightings in Tarangire were fantastic especially the huge bull elephants we call the big tuskers!

The whole trip was fantastic and areas visited were stunning and worthy, to combine in such a way. The following are the pictures I would like to share with you including:

– A cute lion cub less than one month old at Samtu Kopjes in the Central Serengeti
– At Seronera Valley in the Serengeti, I captured a lioness jumping off a tree
– Giraffes under the umbrella acacia tree getting some shade from the warm mid-day sun
– Lionesses in the sausage tree looking up for Zebras passing in the distance 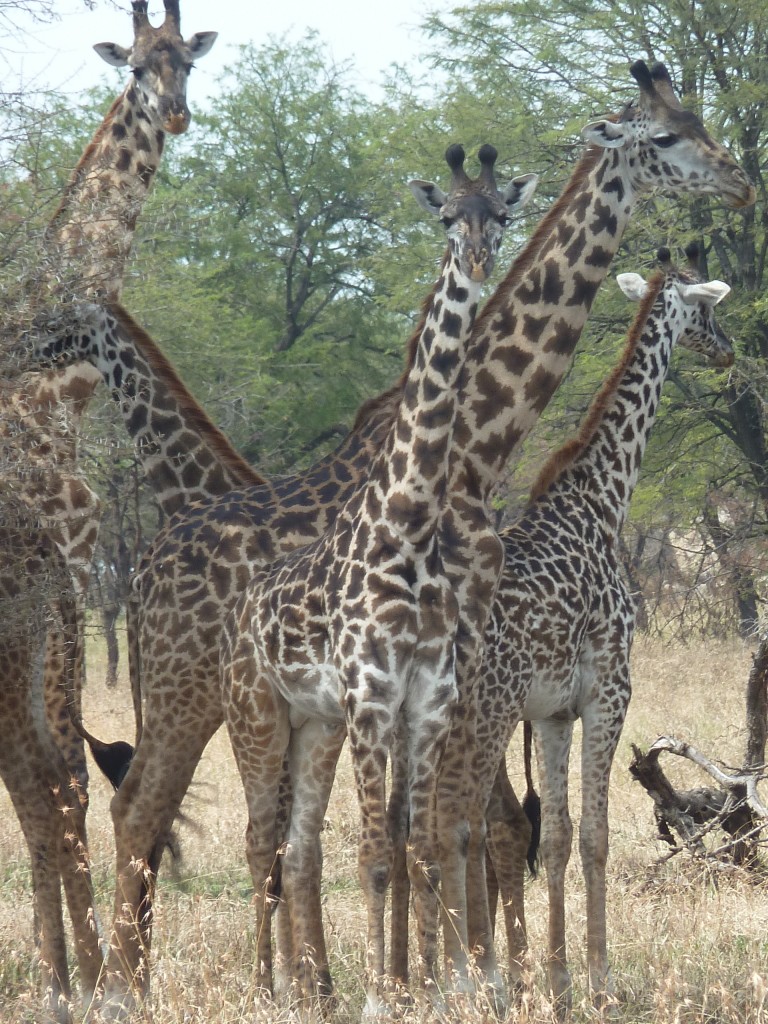 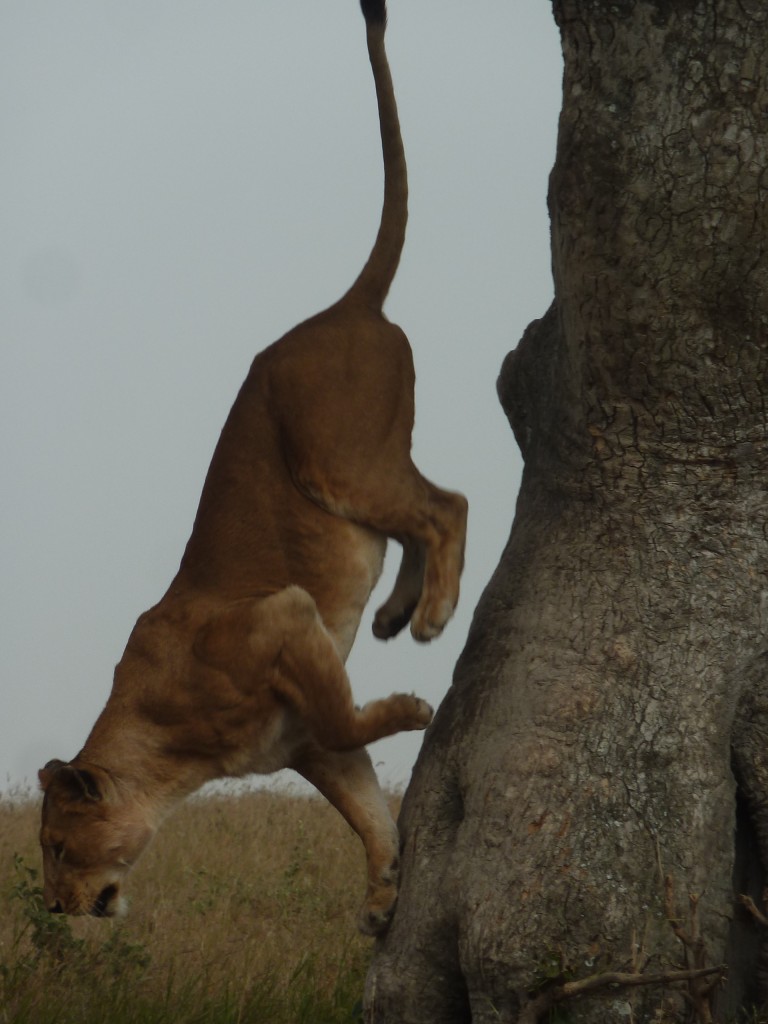 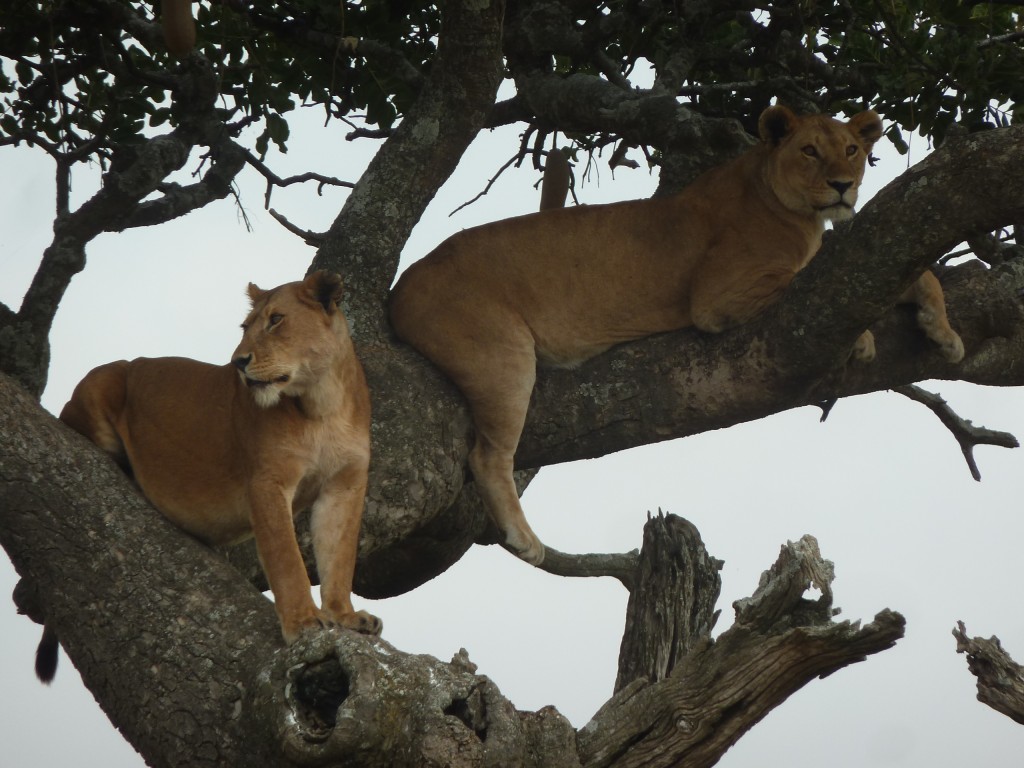