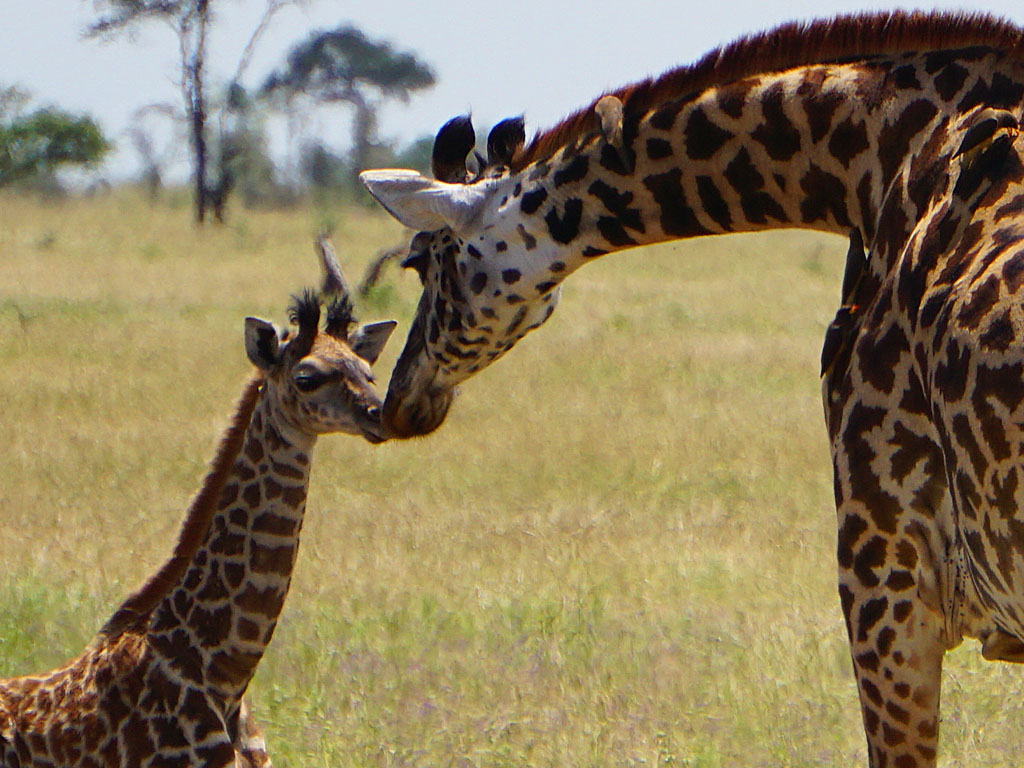 While contemplating the proper words to describe our Tanzania experience, I struggled to create some fresh verbiage, some unheard exclamations, some insightful condensation of what, for our traveling group of 7, was an indescribable, unexplainable journey to this country of human genesis. My inability to easily express our experience was not surprising.

Many times while we sojourned in glorious landscapes and encountered nature’s inexhaustible creations, we shared a common reflection that what we saw and felt was beyond words; no photograph or telling would stand up to the challenge of conveying what we witnessed and the attendant emotions we felt. And yet, I find myself chosen to accomplish this impossible goal. And so…

I am no poet or philosopher, but were I gifted with those talents, I would still not be able to compete with the inspirational words of John Hemingway as offered in the ADS literature. The lasting truth that resides in the heart of each of us who traveled on this amazing adventure is beautifully reflected in his quote:

“I believe there is no sickness of the heart too great it cannot be cured by a dose of Africa. Families must go there to learn why they belong together on this earth, adolescents to discover humility, lovers to plum old but untried wells of passion, honeymooners to seal marriages with a shared sense of bafflement, those shopworn with life to find a tonic for futility, the aged to recognize a symmetry to twilight…if I have ever seen magic, it has been in Africa.”

If we have ever seen magic, it was in Tanzania! The magic was present for us due to a combination of very special people, places and things. To begin with, there was the impeccable human service and care we received from each member of the African Dream Safaris staff – from Dawn Anderson with her patient counsel, advice, and follow-up as we explored the options for our trip, to Mathias and Michael who professionally and expertly greeted us at the Kilimanjaro Airport and took us seamlessly through customs and the hectic town of Arusha, making us feel comfortable in a foreign country with a different language and a different culture, to our guide Wilfred, who quickly became our trusted driver, professional encyclopedia and an intimate member of our traveling family.

Wilfred’s ability to discover the location of sought after animals was evidence of his skills and attributes which immediately laid the foundation for our comfort and trust with him. His candid and deep affection for his native country, its people, their customs, the animals and flora and fauna was interwoven in every interaction with him. Wilfred to us, was the touchstone for our entire trip; a highly intelligent and educated man with deep integrity and a humility common to the Tanzanian people. And like Wilfred we found the native people to be gracious, friendly, eager to help and willing to embrace our clan with openness and candor. From the staff at the lodges to the Maasai warriors in their self-made villages and on the roads, peace and inclusion prevailed.

And then there was the magic of the landscapes. Traveling from the Central Serengeti through and around the Seronera River Valley to the Grumeti River the vistas spread in grand profusion in all directions – from plains, to savannahs, to woodlands to forests, with kopjes and hills dotting the horizons like the works of art they were. Moving south through the Valley to Olduvai Gorge and on to the Ngorongoro Crater, we continued to be hypnotized, never tiring of the variety of flora and seemingly endless Serengeti scapes. And finally, in the Ngorongoro Crater it actually seemed possible to believe that we had arrived in the Garden of Eden – us and the animals in the serenity of unspoiled nature and beauty at its very best.

In each of our locations our accommodations were an experience unto themselves. From the rustic Mbalageti Lodge with four poster beds and claw foot tubs, to the culinary treats at the Mbuzi Mawe Lodge, to the Maasai warrior escorts and lake front views at the Masek Lake Camp, we were pampered with attention and service deserving of a five star rating. And the views of the sunset over the rim of the crater from our last resting place, the Ngorongoro Serena Lodge, concluded our journey with awe inspiring perfection.

Finally, but certainly the central treasure of the trip, were the animals, birds and reptiles who allowed us to explore a snippet of their daily lives in this unspoiled environment. Thanks to the stellar efforts and superman eyesight of Wilfred, we saw them all, male and female, families and bachelors, old and young, in herds and alone, at rest and stalking their prey. And we saw them up close, sometimes from six feet, sometimes from 20 feet.

Thanks again to Wilfred’s patience and concern for our lists of wants, our encounters with each of these unique creatures are captured in photos that will forever entice us to once again witness the magic of Tanzania: the giraffe families protecting their newly born offspring while effortlessly nibbling on the tops of thorn-adorned acacia trees, or the cheetah participating in nature’s orchestrated dance for survival as she patiently eyed and stalked her prey, or the gazelles pronking across the plains warning nearby kinsmen of potential danger, or dashingly handsome impala horn jousting for the right to challenge the dominate male who calming looked on from the safety of his harem, or the myriads of water holes gently caressing the enclave of enormous hippo “boulders” nestled together like tiny cubs in a den, or the magnificent crown crane parents raking the fields for the insect or seed that would sustain their two nestlings who adeptly wove through their parents’ stilt-like legs as the family crosses the Savannah, or the thrill of being enveloped and transported by never-ending herds of wildebeest and zebras as they continue the legacy of the great migration.

If we have ever seen magic, it was in Tanzania! Our travel group has been many places and seen many things in many parts of the world. This safari adventure was quite simply, our best trip. Our heartfelt gratitude goes to ADS, Dawn, Michael, Mathias and our new brother, Wilfred, for showing us the magic. And our unending gratitude to the Divine Power that created the magic.

We pray that humanity will do its part in helping the Tanzanian people to protect this irreplaceable treasure. 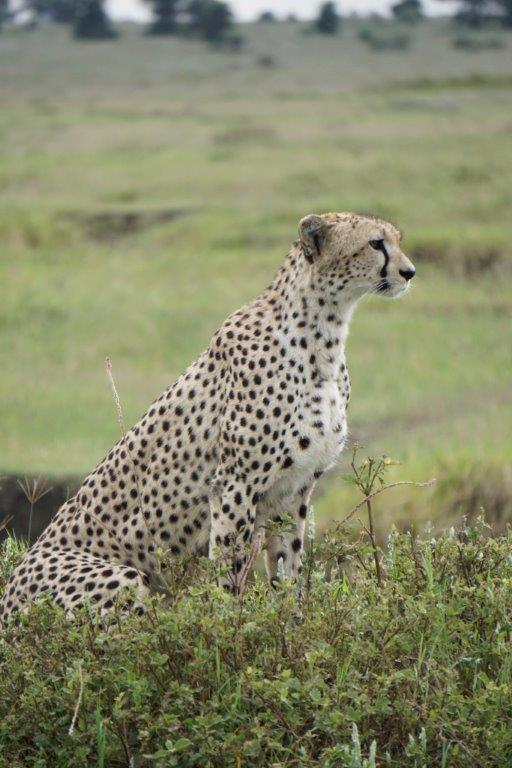 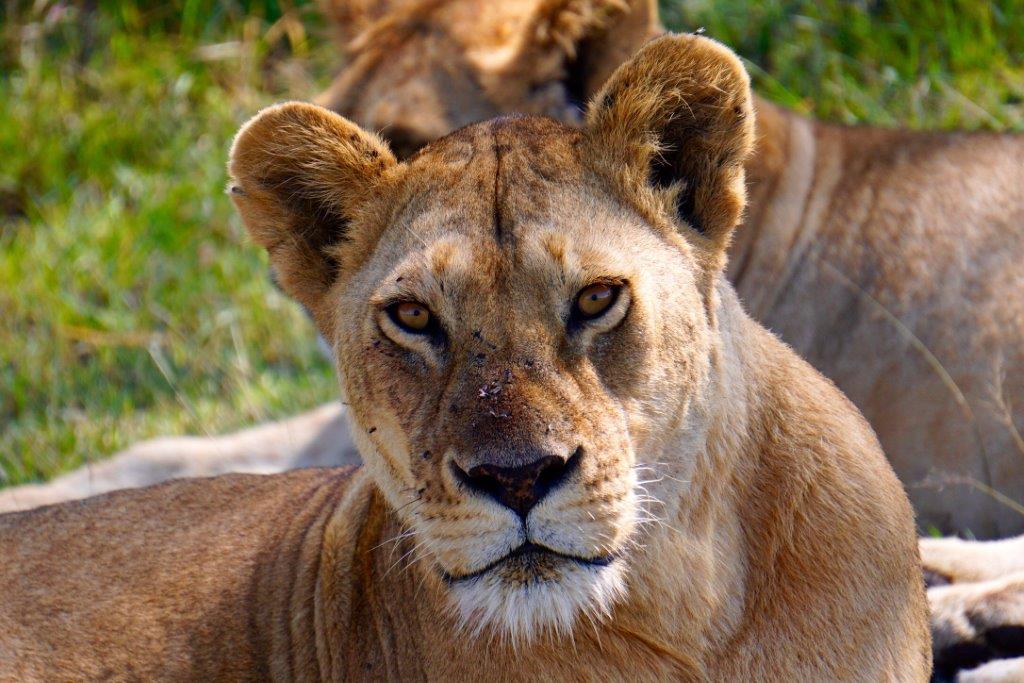 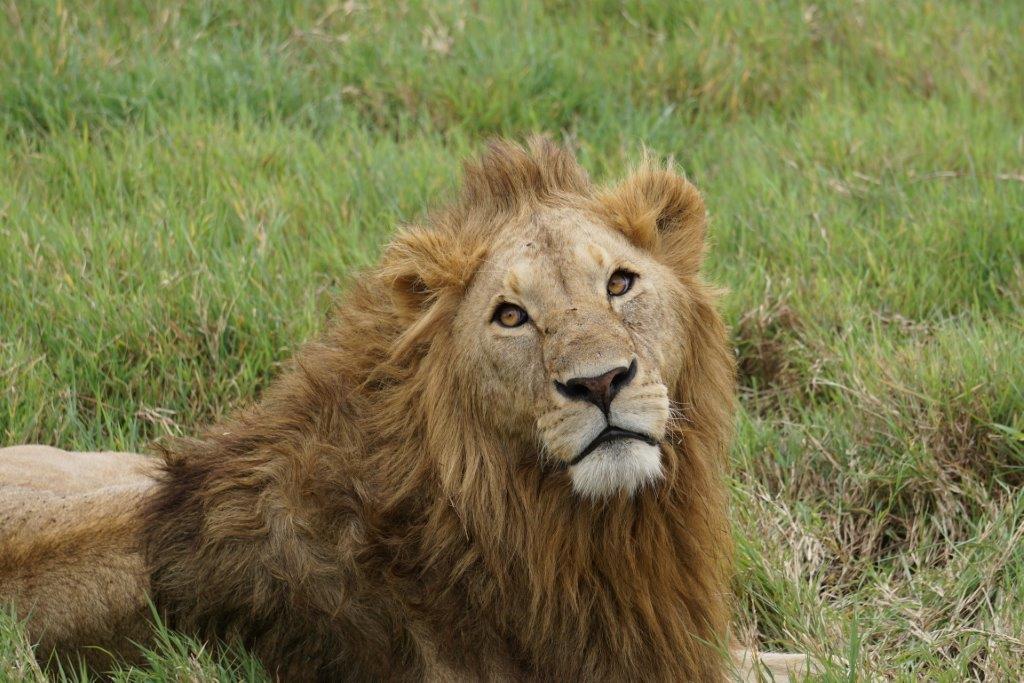 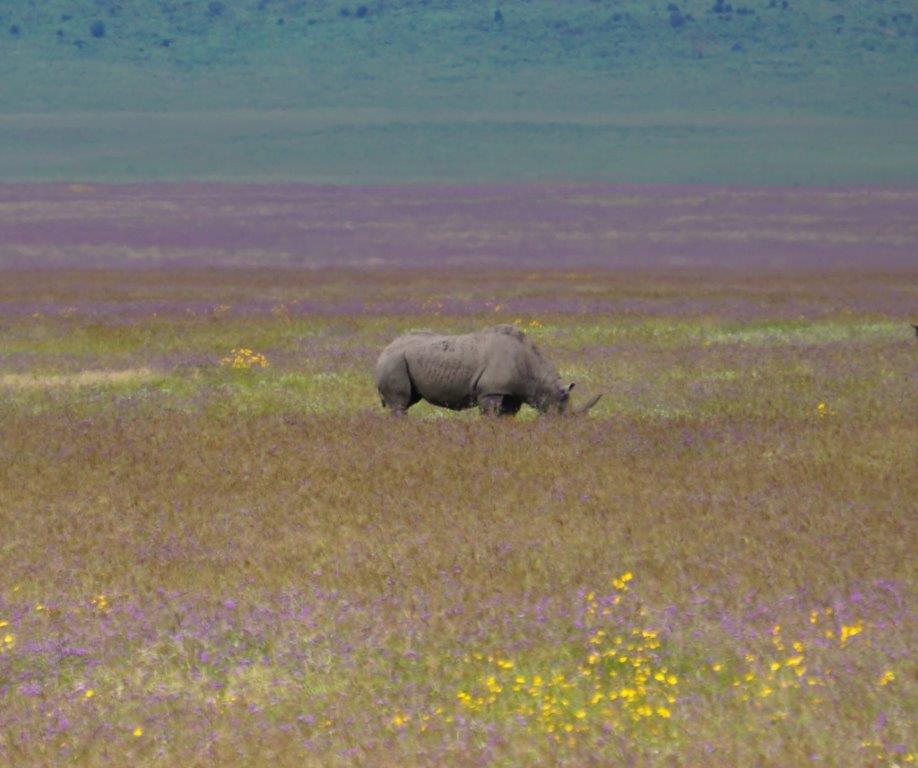 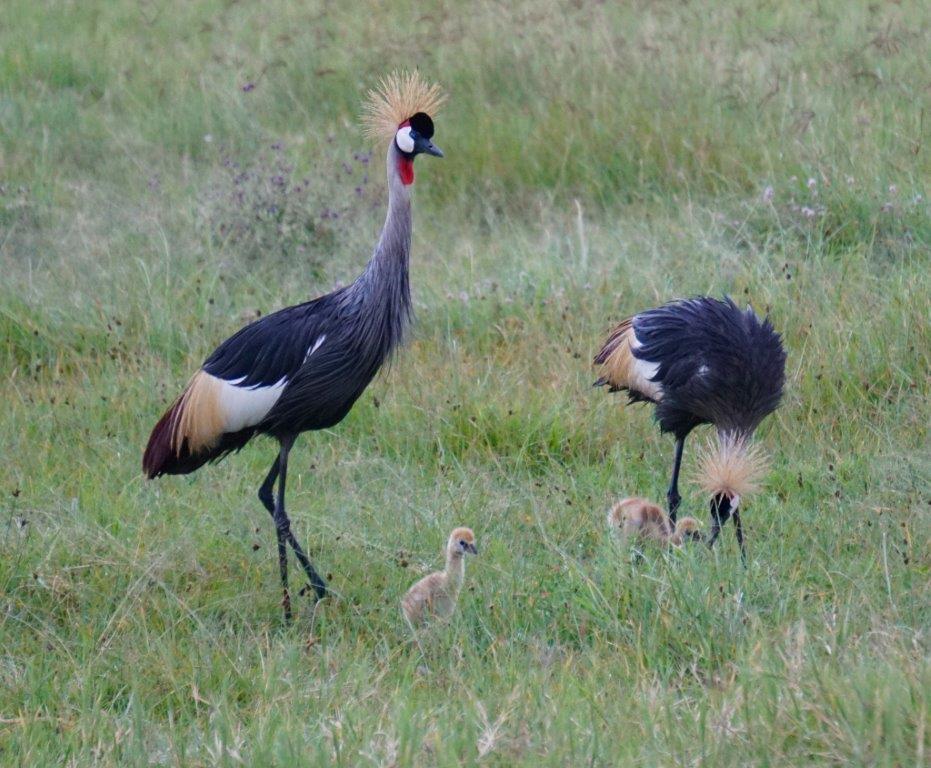 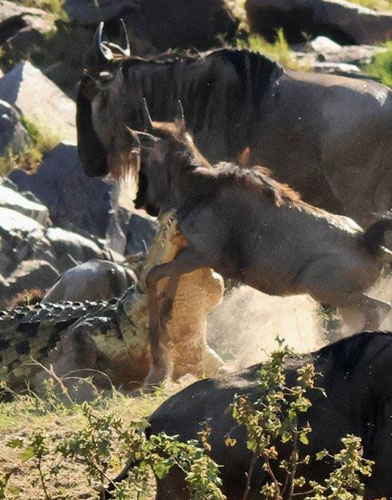 An African Dream Come True – And So Much More! 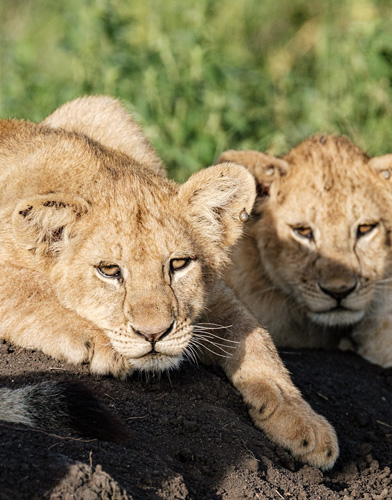 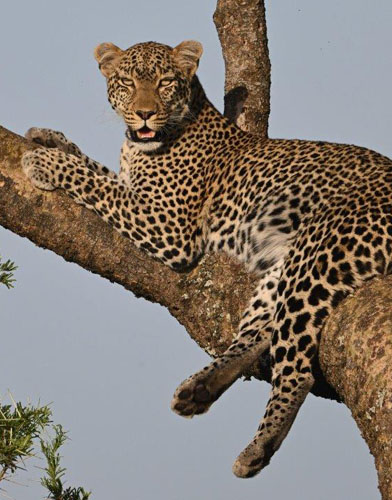 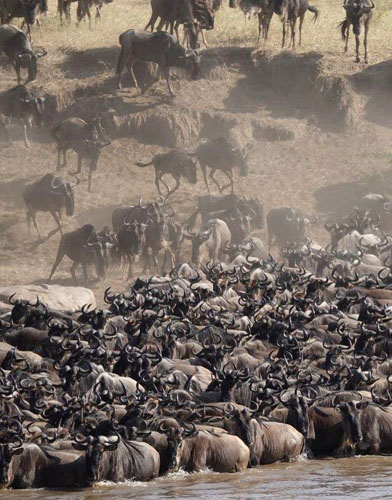 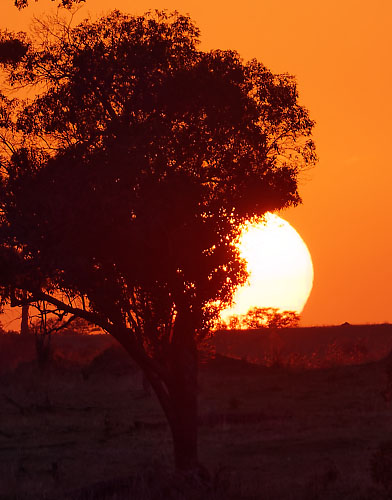 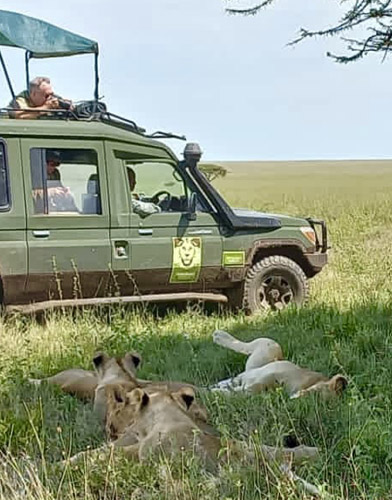 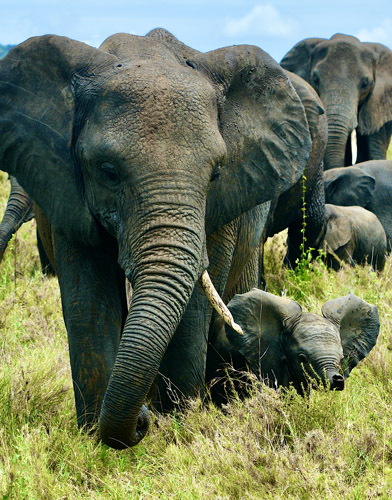 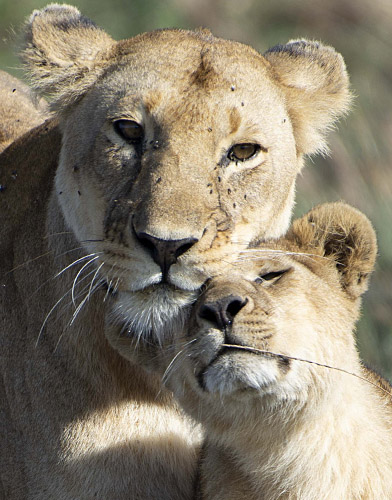