Our green season safari far exceeded our expectations and we have been privileged to enjoy a dry season ADS trip. Each season is unique, each driver-guide brings his own special knowledge and passion, and each day unfolds in ways that are unimaginable. 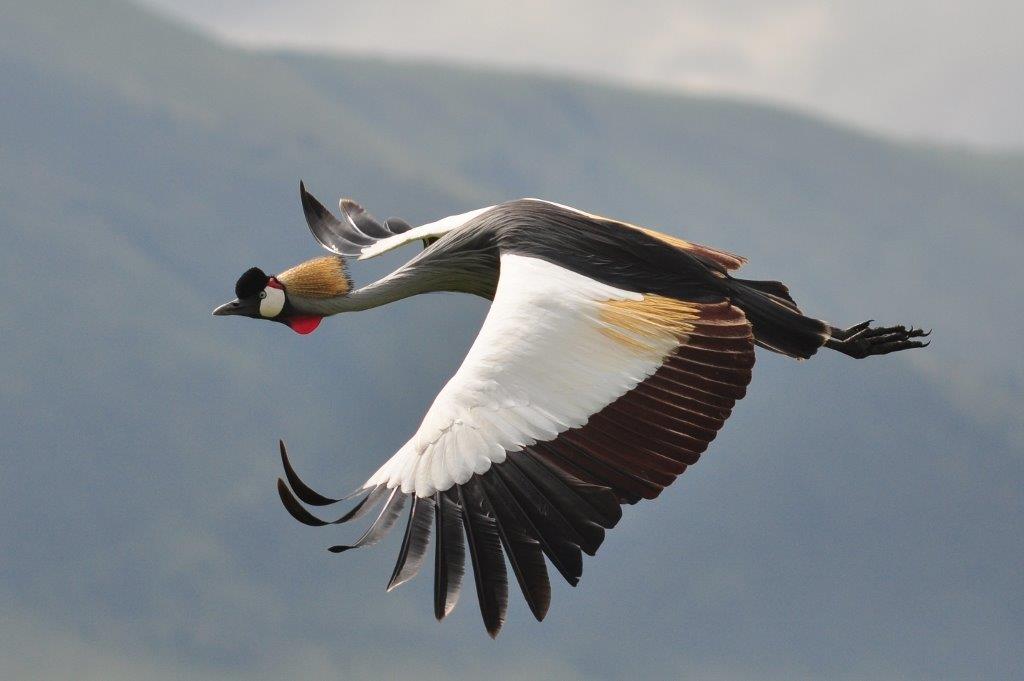 We were greeted at the airport by Faith and Timan – lovely, warm ambassadors for ADS and Tanzania. They whisked us through the visa process and drove us to the Arusha Coffee Lodge where we enjoyed a two night stay prior to our flight to the Serengeti.

The flight was amazing! We flew from Arusha to Lake Manyara where we picked up two passengers. From the plane we saw incredible sights: flamingos on Lake Manyara, bomas, vehicle tracks around numerous kopjes, and spectacularly, the Olduvai Gorge (much larger than we had imagined), the whole of the Ngorongoro Crater (again, to see it in its entirety from the air is stunning – we could even see the magical Lerai Forrest!). 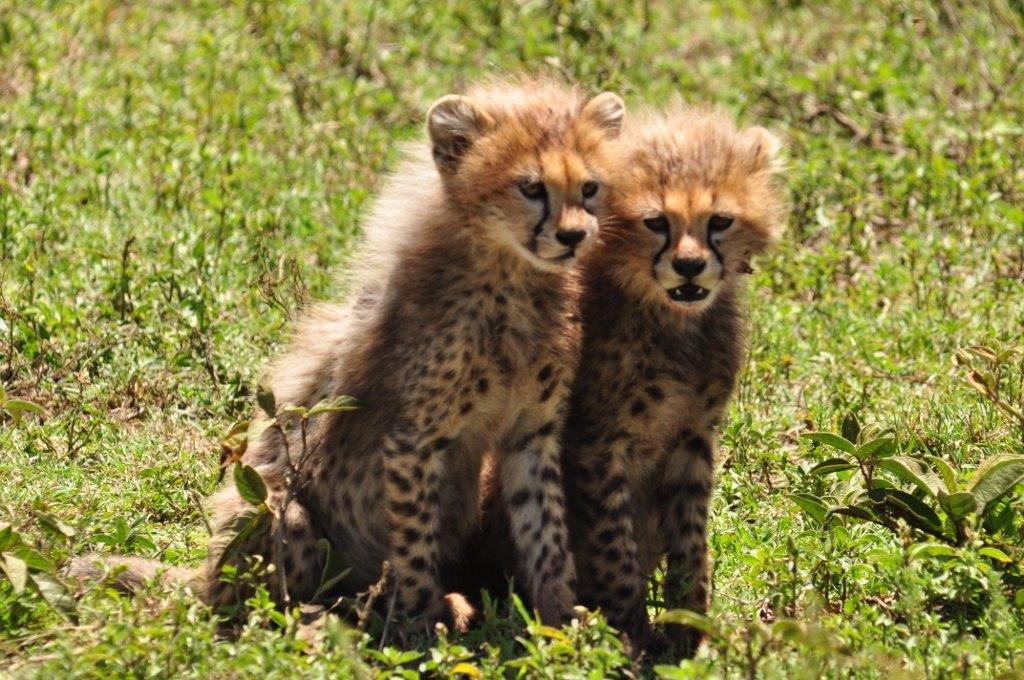 Our professional driver-guide, Francis, is a gem. He met us at the Seronera airstrip and over the next 10 days showed us many animals, from new babies to exiled old male elephants and Cape buffalos, all while maintaining safety in the rivers of mud that formed after some heavy rains. I mention the rains, because, it is the green season and while you may experience dry weather, you may also encounter some deluges! We encountered the latter, and while it delayed some morning departures and led to some interesting driving conditions, we didn’t miss a thing! It was all part of our story in the Serengeti.

We saw beautiful landscapes. Mountains blazing in every shade of green, verdant plains carpeted with wildebeest and their zebra companions, and grassy marshes attracting many animal and bird species. To witness the first part of the great migration was as intriguing as seeing the massive number of wildebeests crossing the Mara River between the border of Tanzania and Kenya in September. When the rains came (lucky us!), the wildebeests and their young streamed out of the forests onto the plains. 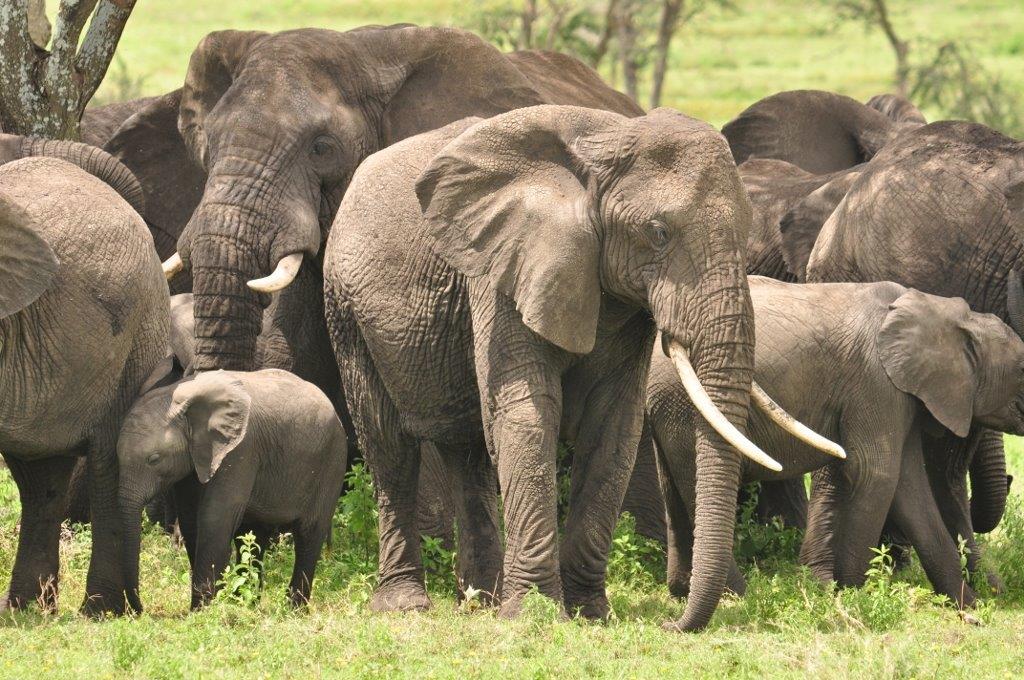 The animals were freshly bathed from the rain and they shone in the light. They relished grazing on the new green short grasses, sipping water from depressions, and resting from their travels. The herds move great distances during the night; one day a plain would be teaming with wildebeests, the next day empty…the animals relentlessly heading to newly greened pastures.

Attracted to the expansive herds of wildebeests and their young were the predators! We saw cheetahs perched atop termite mounds canvasing the plains for a meal. We witnessed a cheetah stalking a gazelle. Later we encountered a mother cheetah with two fluffy cubs enjoying a fresh kill. Lions also descended upon the plains. We saw many sleeping after a night of hunting, their stomachs distended with food. “Honeymooning” lions were frequent sights as well.

Then there were the cats in trees! We saw leopards and lions lounging in acacia trees. One leopard was not getting much rest as a troop of baboons tried to chase her out of the tree. There was some loud hissing and then a leopard paw came out of the leaves swatting at the large baboon, who, hissing his displeasure, scampered away to safety. We never saw the leopard leave the tree. A fellow traveler staying at our Seronera Sametu Camp watched for seven hours and was not rewarded either!

While watching the leopard and baboons in the tree, two families of elephants came through. It was fascinating to watch their interaction. Three large elephants from the first family faced off toward the oncoming family led by a massive elephant. Were they going to have a standoff? Were they going to fight? We watched breathlessly as the approaching elephants got nearer and nearer. At the last minute the large elephant leader veered off to the right and calm was restored.

Another amazing sight that we will never forget also involved elephants. 300 of them! Francis spied some elephants and we arrived to see many families of elephants among the trees. Apparently every few years the elephant families come together and make “arranged marriages” between their ready-to-mate elephants. This practice ensures that the gene pool is rich. We watched the elephants for a long time. When we returned the next day, they had disbanded and moved to new locations. We were very lucky to have experienced our encounter.

In addition to watching the animal behaviors and marveling at the stunning scenery, we enjoyed the hospitality at the various camps and lodges where we stayed. Each had its own personality. We enjoyed the camps – Sametu (2 nights) and Lion’s Paw (2 nights) – these tented camps are very comfortable and the staff welcoming. At Sametu, it was only us and one other man, at Lion’s Paw it was just us one evening, so we got to interact with the staff there, which was really special.

We enjoyed Lake Masek Tented Lodge, especially our screened in deck overlooking the lake. We could hear the hippos grunting in the night! Here we returned for lunch as the game drives were close by. Kusini Tented Lodge was special too. Set among the kopjes, we saw and heard many animals, including the low, rumbling “purr” of lions. The Cape buffalo greeted us one evening as we returned from dinner, but our askari chased them away and we were zipped into our luxurious canvas abode with another memory and story to tell.

The grand finale of our safari was the Ngorongoro Crater. We loved the gentle descent/ascent road from Lion’s Paw and saw many animals and birds along it. In the crater we observed lots of wildlife. The Lerai Forrest held its charm for us, and we picnicked there two days, watching elephants, baboons and birds.

On the last morning we headed to Lake Manyara. The park has changed a lot since our first trip, yet we enjoyed traversing the loop roads. At one juncture we were surrounded by the largest group of baboons we have ever seen – several hundred. When the adult baboons ran, the baby baboons on their backs would lay down flat, but when walking, the babies would sit up and look around. It was a treat to watch them.

Sadly, we returned to Arusha to our day room and flight home. We comforted ourselves with the thought that we will return some day.

Asante Sana to Dawn who planned our trip so perfectly, Faith and Timan who greeted us so warmly, Ndeki (at Sametu), and Ahmani (at Lion’s Paw) who looked after us in their camps, and especially to Francis who showed us the Serengeti with a fresh perspective. 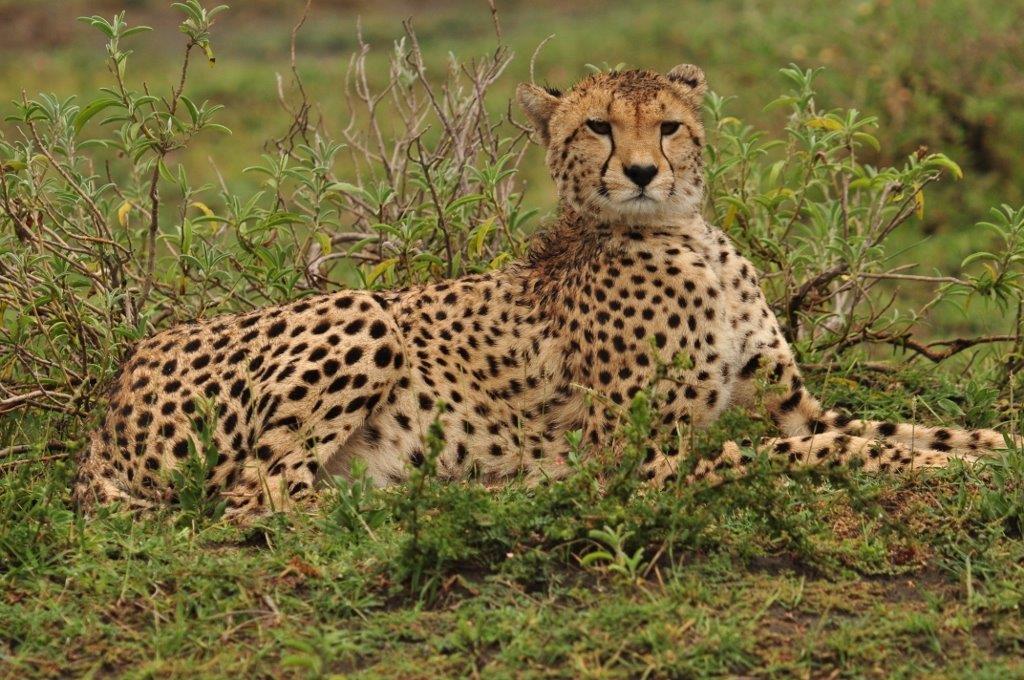 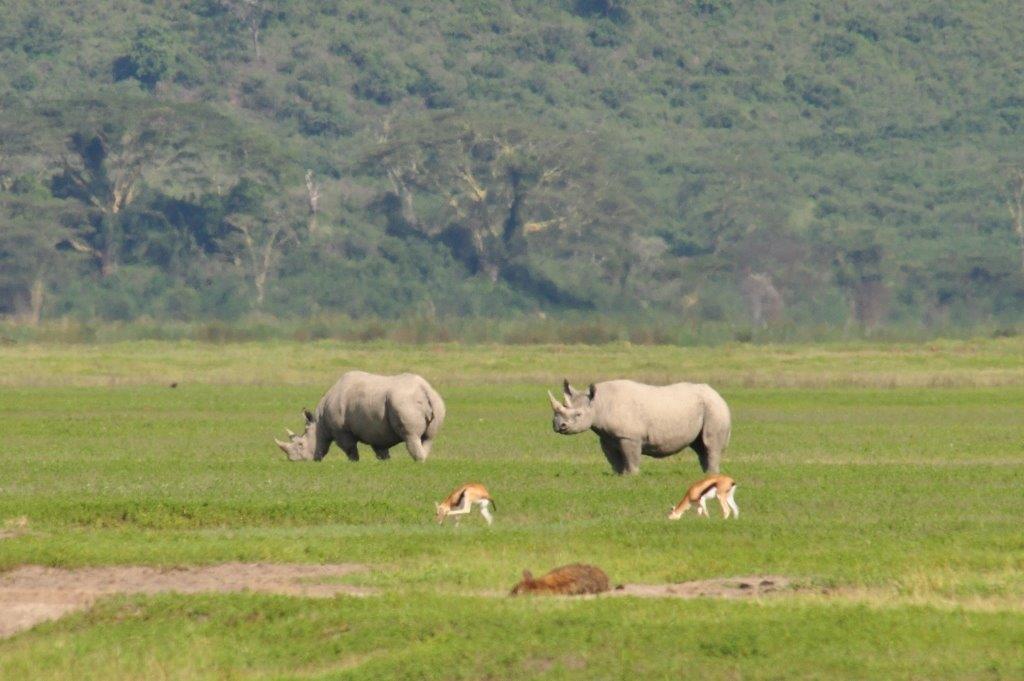 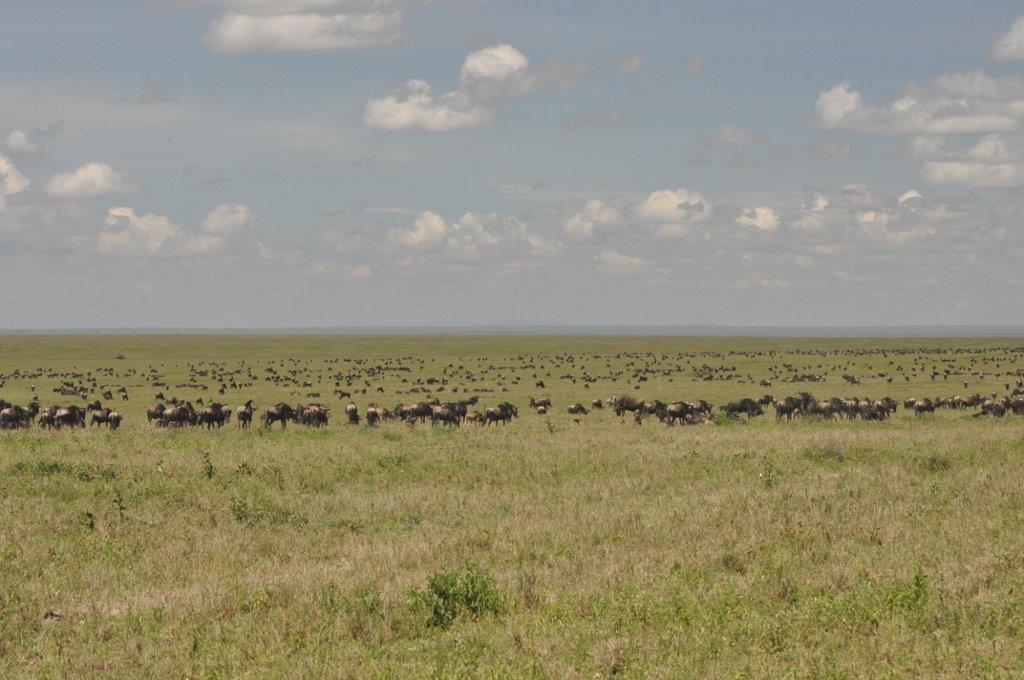