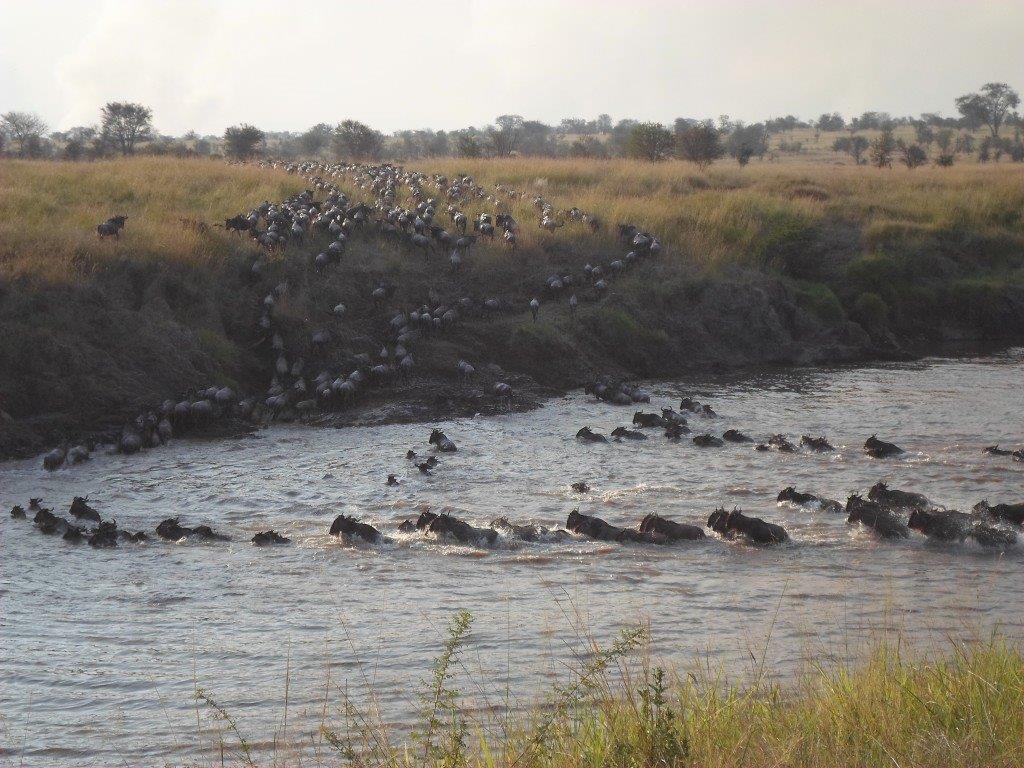 This is Russell Temu, a professional guide with Africa Dream Safaris. I have some very exciting news to share with the readers of the ADS blog having just returned from the Serengeti National Park. I started my latest safari with a group of 6 persons from the USA with the last name of Bertini on July 5th when I picked the guests up from the Kogatende Airstrip. This airstrip is located just south of the Mara River in the Northern Serengeti. We spent our first 2 nights of the safari at Lemala Camp and were able to watch large herds of wildebeest crossing the Mara River. These was among the first large crossings of the year and it was very exciting to watch.

I hope it will another good year for crossings as it has been especially spectacular the last several years. We should see frequent crossings all through the remainder of the dry season from now through August, September, October and even November as the wildebeest chase the thunder showers and cross and recross the Mara River.

After our time in the North Serengeti watching two different sightings of the wildebeest cross the Mara River, we headed to our next 2-night stop at Buffalo Lodge in Loliondo Game Controlled Area. Here at Buffalo Lodge we conducted a nature walk learning about animal spoors, droppings, insects, flowers and various medicinal plants used by Maasai people that inhabit this area. We had an opportunity to conduct a night game drive and saw several bushbabies, white-tail mongoose. On our last morning we visited a Maasai Village called a Boma and my guests go to learn about their traditional way of life. We also enjoyed some excellent wildlife viewing on our regular game drives.

Our last two nights of the safari were spend Lion’s Paw Tented Camp on the rim of the Crater in the Ngorongoro Conservation Area. In the Ngorongoro Crater we were lucky to see two black rhinos. Below are some pictures I would like to share with you including pictures of the Mara River crossings and also a few bird shots as I have been noticing that birds are not show very frequently on on our blog. 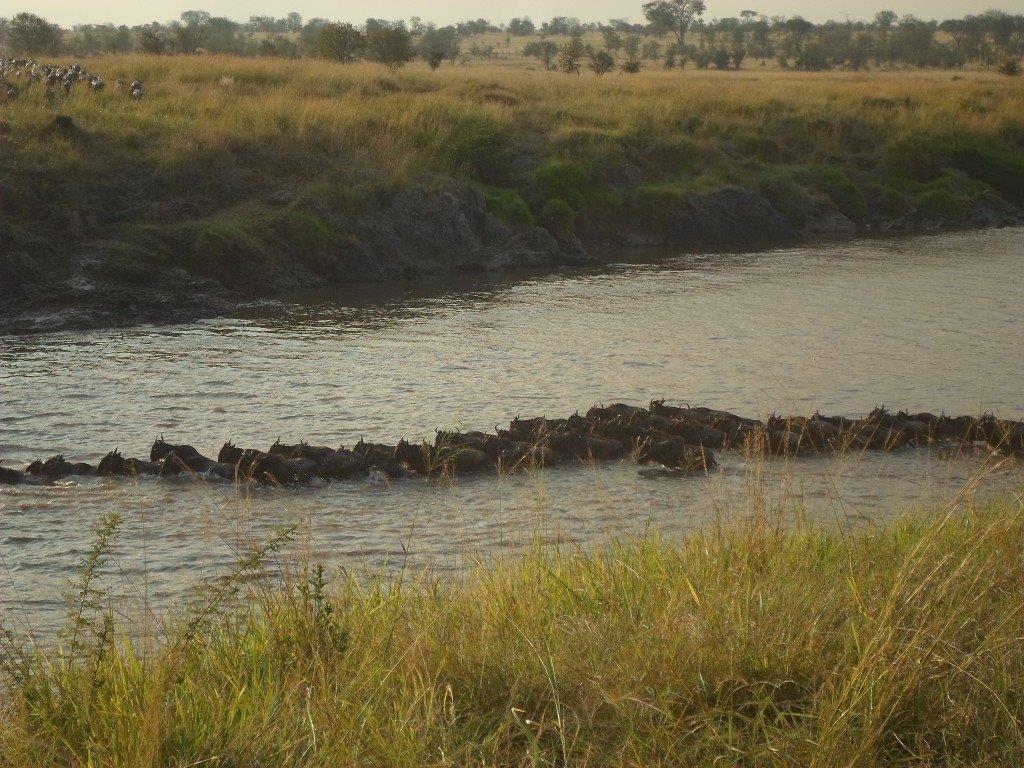 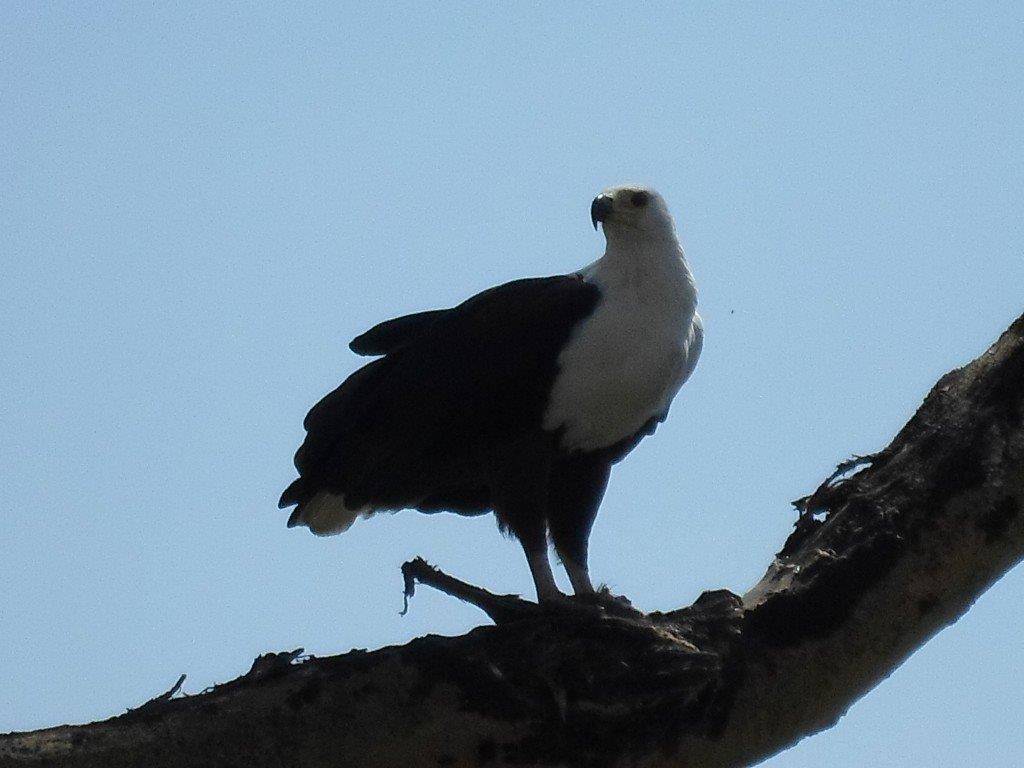 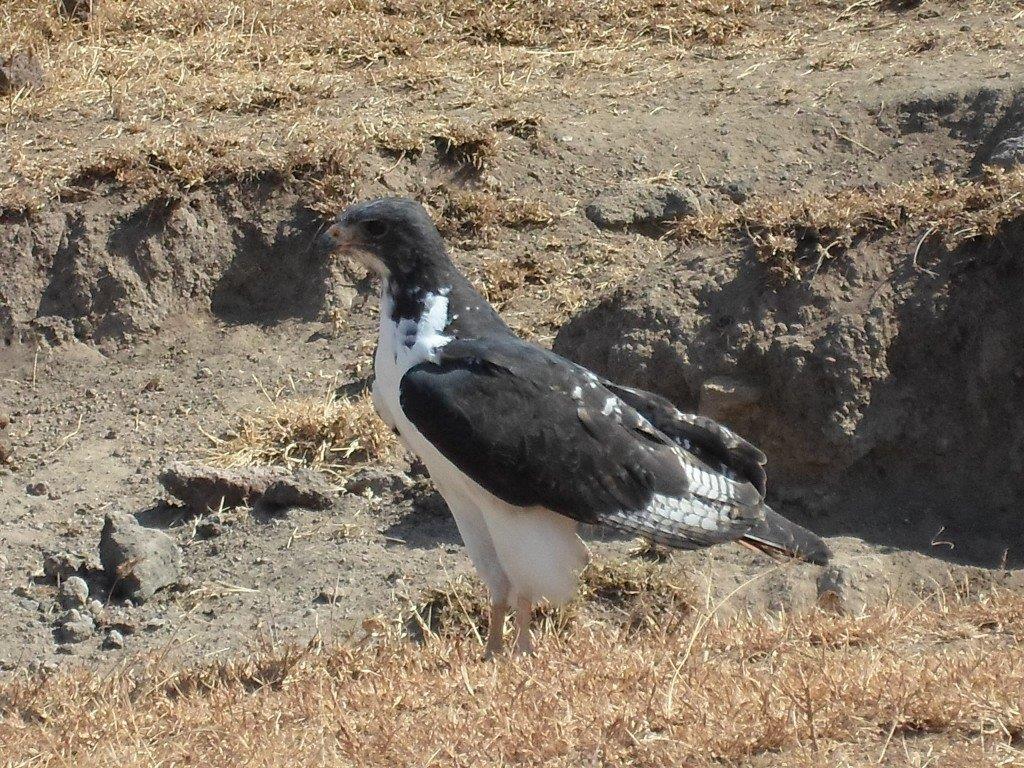 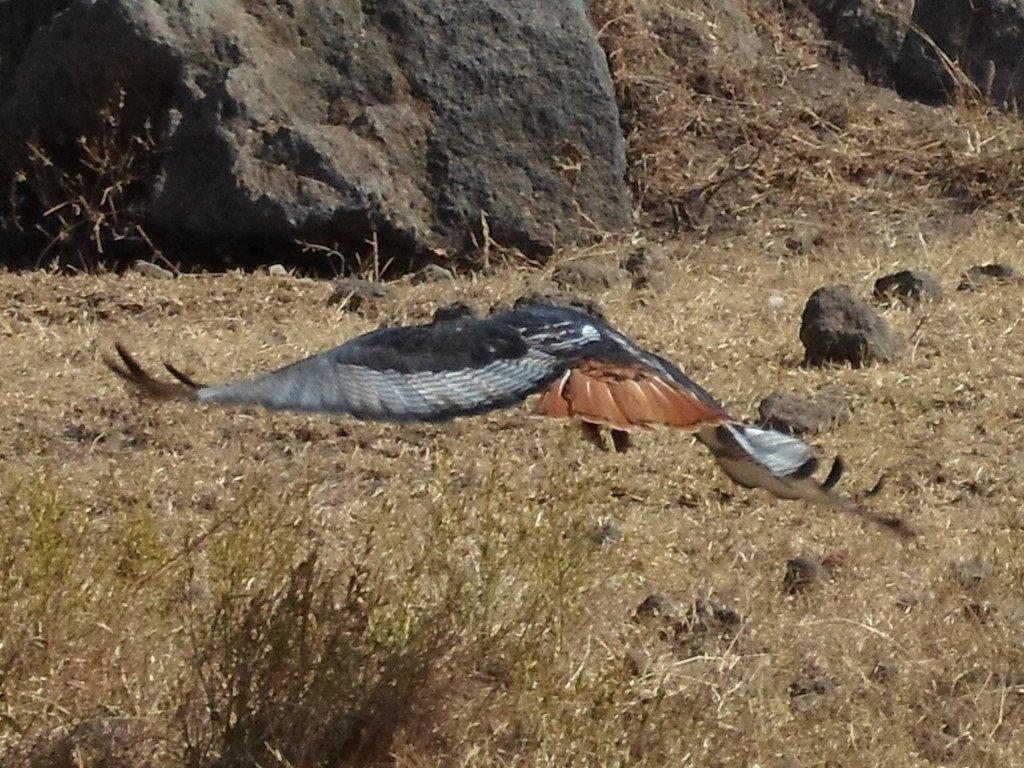