Approximately 20,000 animals take haven in ‘Africa’s Garden of Eden.’ The Ngorongoro Crater is a world heritage site, the world’s largest intact volcanic caldera and is commonly referred to as the 8th wonder of the world. 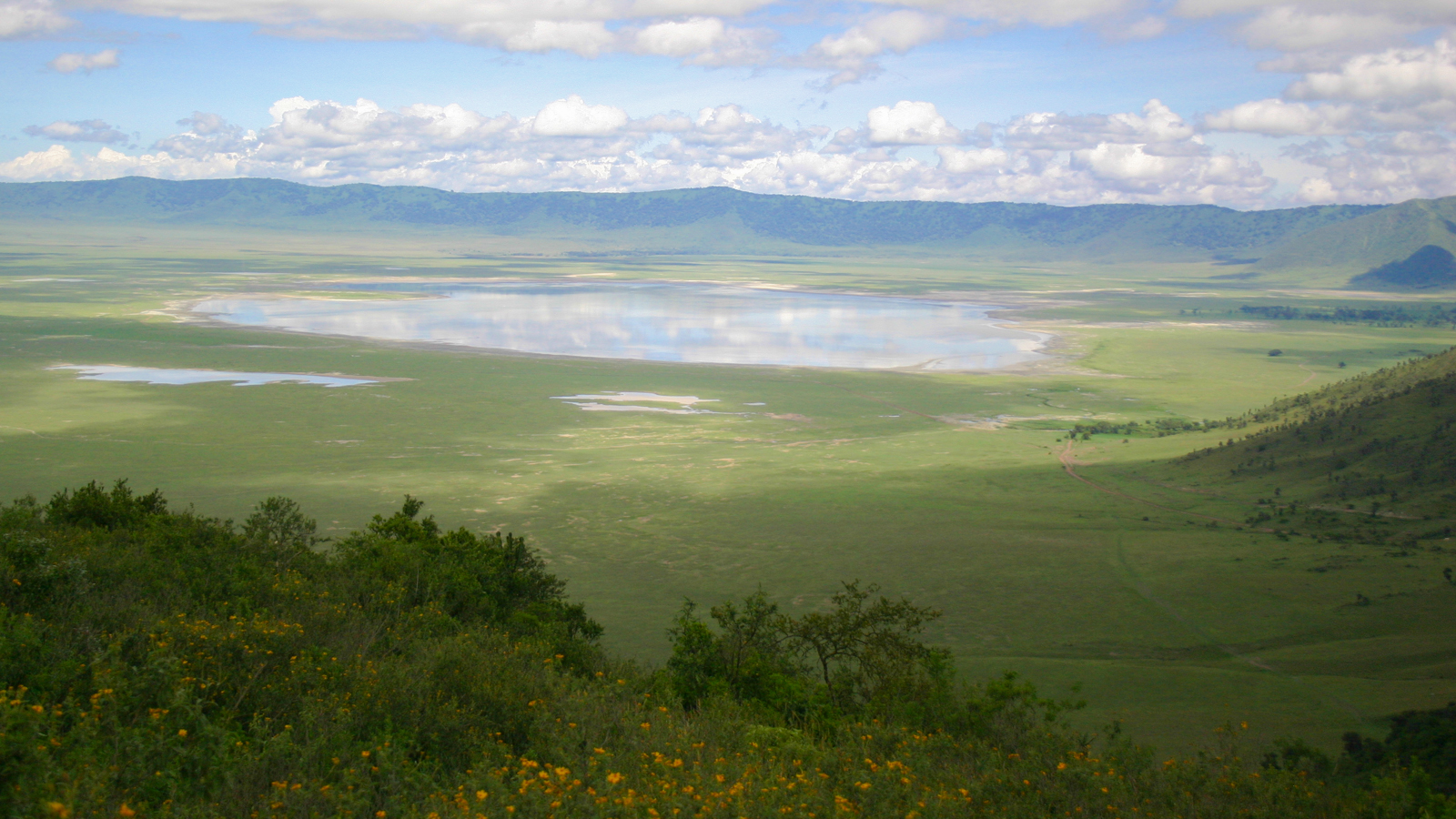 The 2,000 feet high walls of the approximately 10-mile wide Crater form a natural amphitheater for the densest populations of large animals anywhere. The Crater is truly awe-inspiring and game viewing here is among the very best Africa has to offer. 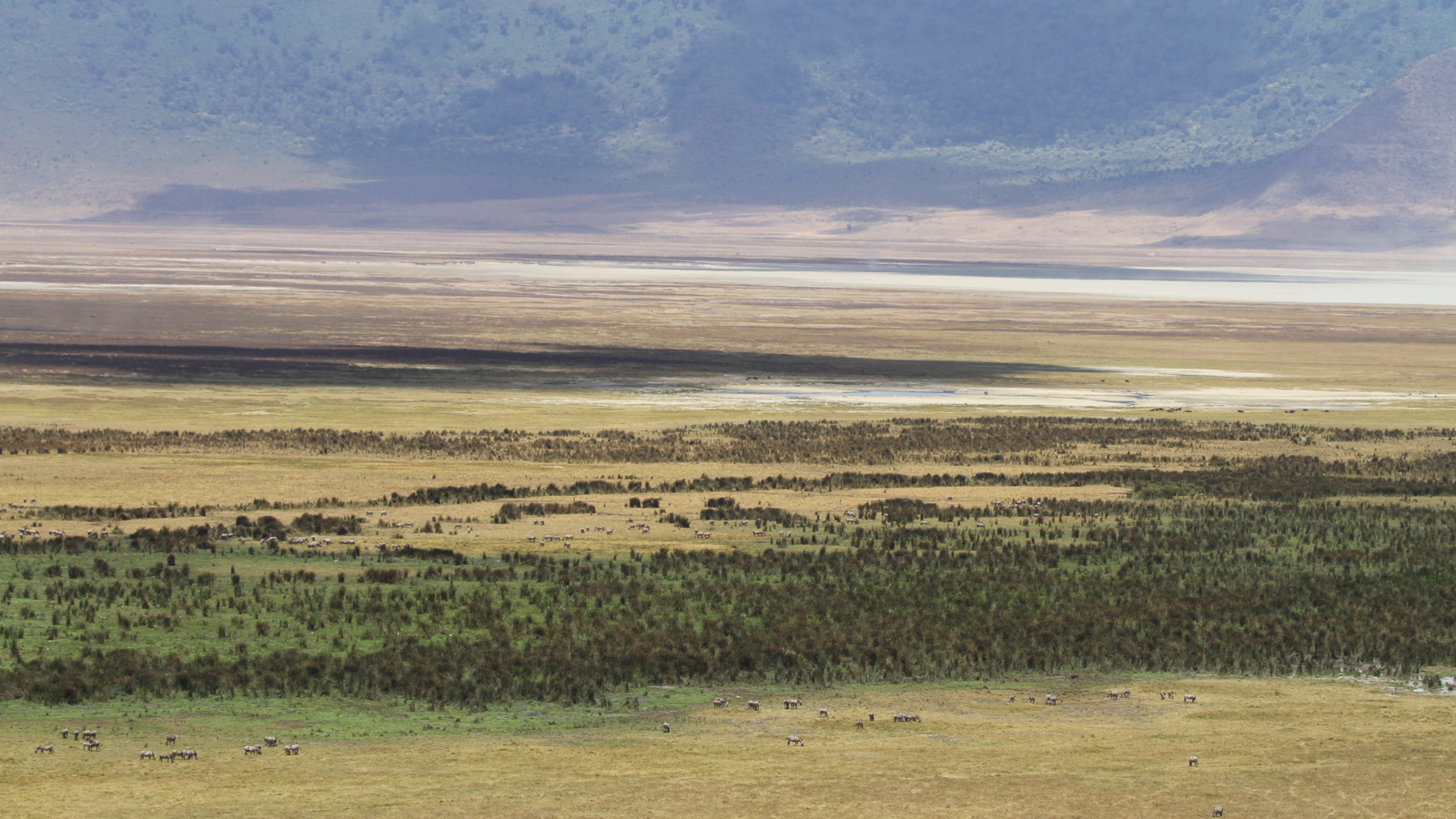 The crater lives up to its infamous reputation with abundant and easily accessible wildlife and offers a reasonable chance to see lion, hyena or cheetah in action. The Crater is truly awe-inspiring and will surely be one of the highlights of your safari. The rim of the Ngorongoro Crater ranges in altitude from about 7,000 feet to 8,000 feet. Down below, the relatively flat floor of the Crater rests at an elevation of about 5,500 feet. 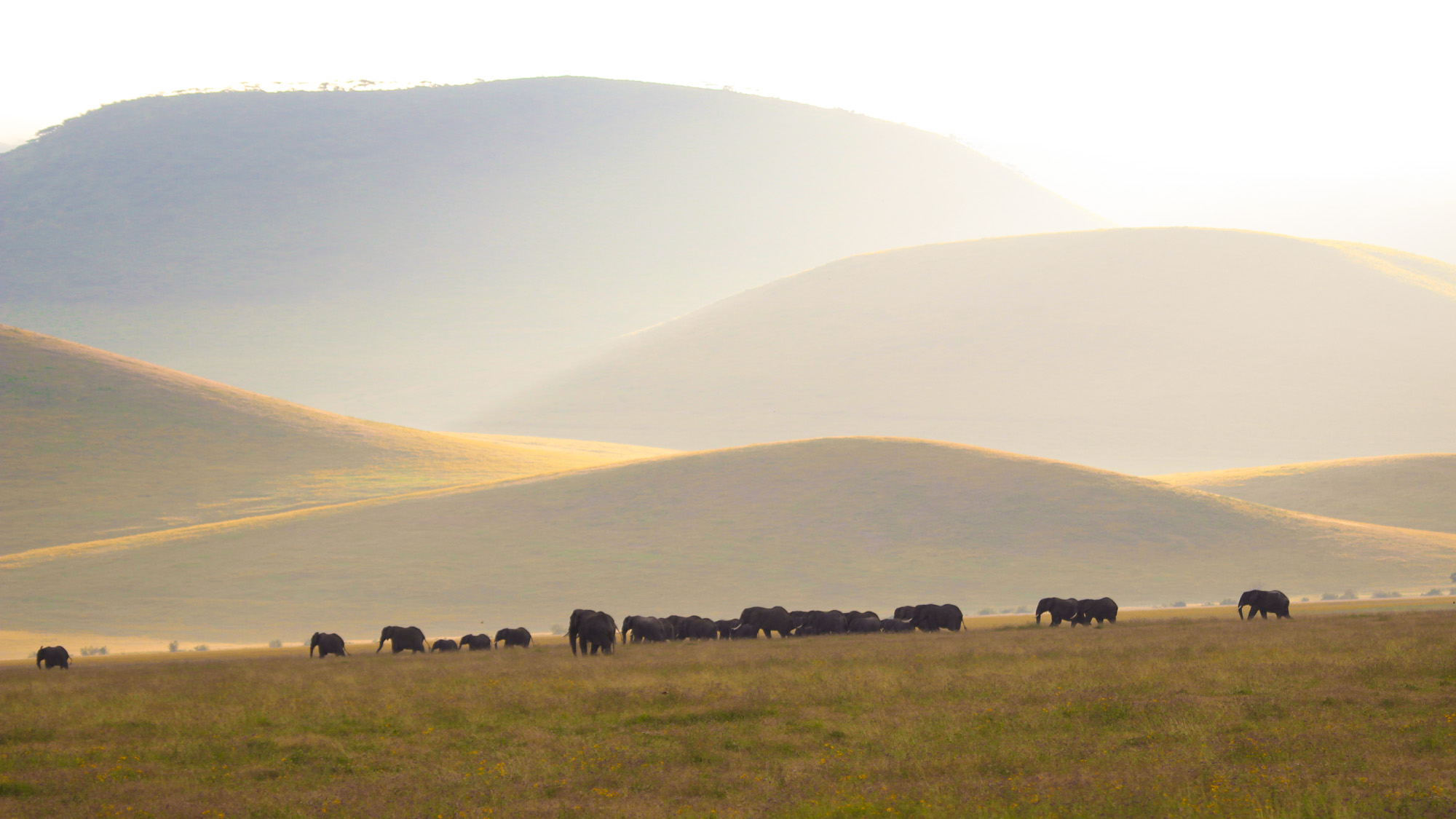 The Ngorongoro Crater’s rich soils and abundant, year-round water provide an ideal habitat for a variety of animals. The Crater is not a self-contained ecosystem and some animals do migrate in and out but only in small numbers. Most of the animals in the Crater are resident and remain year-round. There are approximately 20,000 large mammals at any given time within the Crater walls. 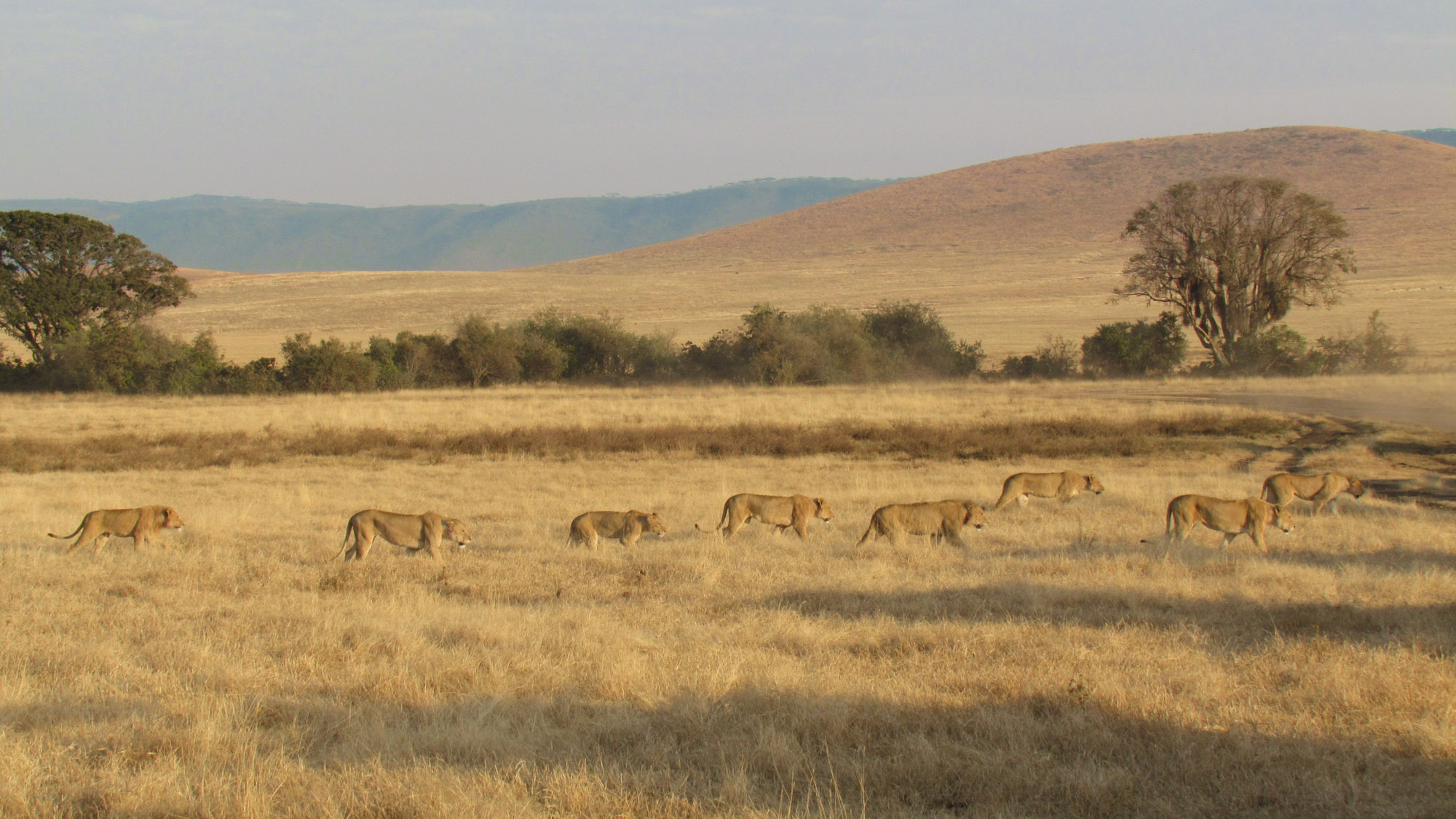 Herbivores that you will likely encounter include elephant, black rhino, hippo, buffalo, eland, zebra, wildebeest, hartebeest, waterbuck, warthog, Grant’s gazelle and Thomson’s gazelle. Giraffe, impala and topi are strangely absent from the Crater floor, though they are common in the nearby Serengeti. Although giraffes may find the descent into the Crater difficult, it is more likely that they are absent because there is not enough acacia to browse. It is not clear why topi or impala are missing. Primates include baboons and vervet monkeys. 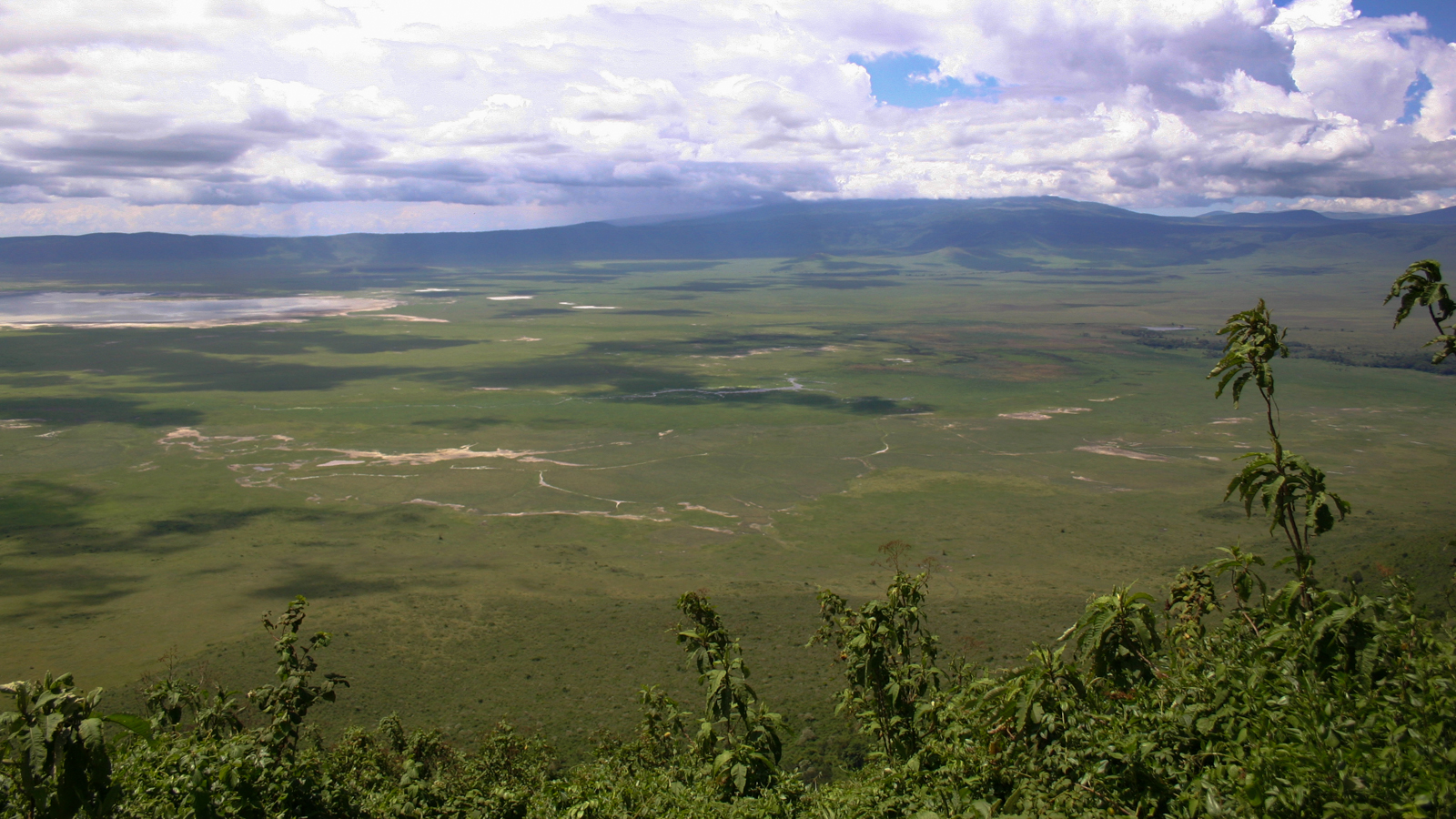 To learn more about this region’s seasonal highlights, nearby attractions, topography and more, visit: africadreamsafaris.com/ngorongoro-conservation-area 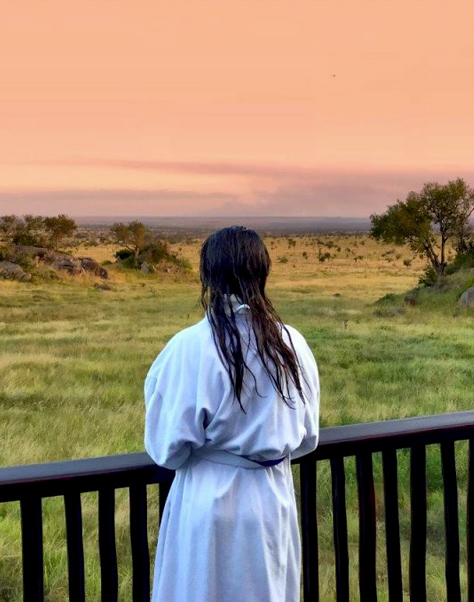 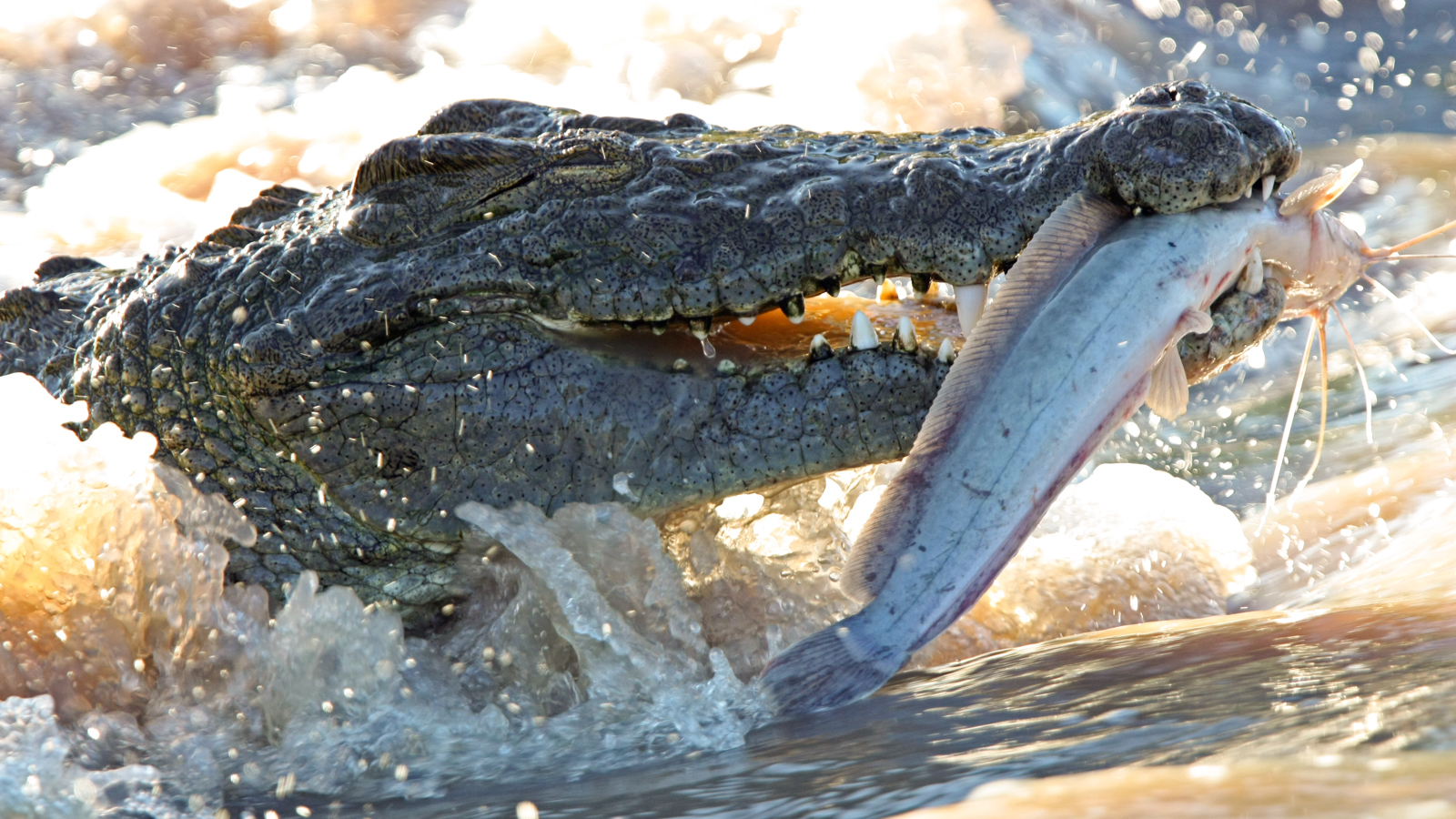 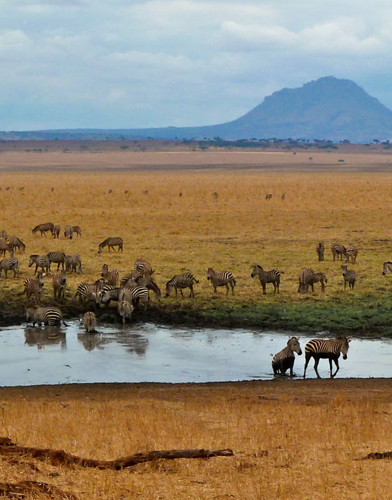 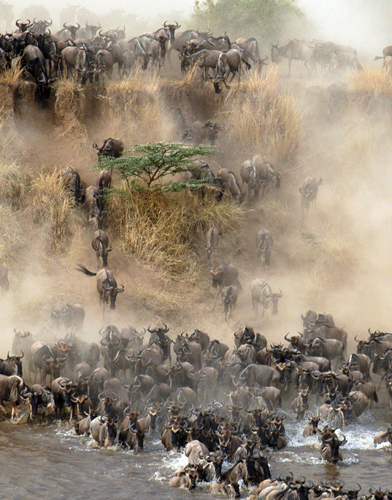 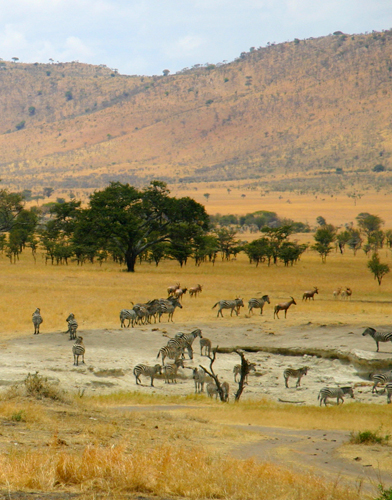